If you weren’t able to make the CES in Las Vegas this year (2018), then you missed out on a good one. That is okay though because you can read all about the different announcements during the show, which is obviously what you’re doing right now. My main focus was placed towards the drones as that’s what I like to focus on during every CES because I’m a major drone fanatic. Let me tell you, there are some pretty good drones that are set to drop this upcoming year and I can already feel my bank account decreasing. Out of all the different drones, today, I am here to introduce you to the Wingsland X1, which I feel many people are going to like.

The Wingsland is a micro racer and I must say, it’s pretty interesting. Basically, it appears as if the company took a standard looking racing quad and added some nice features to it. This little racer right here will have three intriguing options that make it stand out from the crowd of the other micro racers. Those three additions include the modular design, optical flow, and WiFi FPV.

Let’s talk a bit more about the modular design. Having a modular design on a drone is a big plus because this will allow you to easily swap out parts whether you’re making repairs to the drone or customizing it. So yes, the modular design is definitely a nice addition to the Wingsland X1 in my book because I’m the type of person that likes to customize my drones.

Next on my list is WiFi FPV. This is a nice feature, because, with it, you won’t have to wear goggles in order to watch the live video feed from your drone. Unfortunately, though, I need to be honest with you and let you know that there are a couple of drawbacks that I discovered using WiFi FPV in drones. Starting out, WiFi FPV usually causes lag and lag makes it hard to navigate. The second issue with WiFI FPV would be the limited range. When it comes to micro drones, this may not be as big of an issue as it would be if you were to use a full-size drone. This is because you can easily fly the smaller drones inside your home, and if you are flying it outside, it will probably be on a smaller course.

On the Windsland X1, the camera angle can be adjusted, which is a good thing. For any drone that has a camera, I feel that an adjustable camera is a requirement.

This adds a camera that faces downward – it helps the drone be able to maintain its position in the air. This is a feature that I normally find on photography drones, so I was surprised to find this feature on the Windsland X1.

There’s no denying the fact that the Wingsland X1 is a nice little FPV drone. A modular design and optical flow are what really makes this stand out from the crowd. Instead of using WiFi for FPV, I prefer using a 5.8GHz camera signal. The brushed motors give it a powerful look, but that doesn’t mean it can compete with the brushless motors on other micros. If you’re looking for something that really stands out from the crowd, then the Wingsland X1 would be a suitable choice for you, but don’t expect to be able to race around with it. 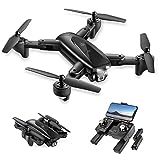 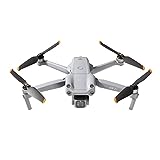