The DJI Mavic is a great choice for drone users who want a model that can fly longer, further and at higher distances while producing high-quality photos/video.  The powerful model will be appreciated by first-time drone users and individuals looking to upgrade to a model with better features.

Users will find a lot of pros when using the DJI Mavic.  From the controls to the images it generates, it offers something to satisfy every drone users wants and needs. Click here to find out how to best set up your Mavic for its first flight.

While the DJI Mavic includes an array of positive features there are some drawbacks to flying this drone.

From seasoned drone users who are looking for precision and total control while flying to new drone flyers who want to take flight right away, the DJI Mavic offers something for everyone. 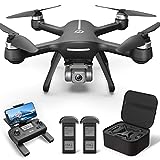 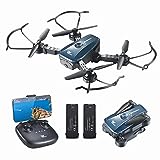